DALLAS, Texas — A blasphemous Baptist minister in Texas known for his book “The Queering of an American Evangelical” says that he supports polyamorous—or plural—relationships and believes that God Himself is polyamorous.

“The Holy Trinity is a polyamorous relationship,” Jeff Hood, who holds a doctorate with a focus in “queer theology” from Brite Divinity School and who was ordained at a church within the Southern Baptist Convention, asserted during a recent Patheos interview with Chuck McKnight.

“You can’t talk about the level of intimacy and ecstasy that these three beings are constantly experiencing without defining their relationship in such a way,” he claimed. “Their love has always been and will always be a shared phenomenon. In the Holy Trinity, love is never denied. We should spend our lives making sure that the love of polyamorous individuals is never denied and always protected. The Holy Trinity demands it.”

Hood has stated before on his website that he believes that “the disciples and Jesus were involved in some sort of polyamorous relationship.”

In August, he told Jennifer Martin of Splinter that he thinks polyamorous relationships reflect the Trinity.

“Not only is polyamory a positive thing, I think it’s a holy thing,” Hood opined. “I think it mimics the personhood of God. Different relationships can show us different things, and I think polyamory can show us what the Trinity looks like.”

Hood has also outlined that he believes that because “love is love,” polyamorous relationships should be supported just like same-sex relationships.

Hood acknowledged during the interview that his views are rejected by many Christians, who he called “church [expletives] that have no knowledge of God.”

“Do these people sound like they know anything about love? [Expletive] no. I ain’t listening to a [expletive] word they say,” he said. “I know who I’m listening to. I hear the voice of God, ‘I am the way, the truth and the life. No one can can love Me and condemn polyamory, for I am polyamorous.’”

Hood’s views on the subject have been met with mixed reaction.

“God explicitly condones polygamy and the whole Bride of Christ is polygamous,” one commenter wrote.

“Plural unity within the Trinity is not polyamory,” another stated. “What people want to do is their business; however, if you feel the need to justify it scripturally, at least be less sloppy when you try. Otherwise you’re just preaching to the choir, so to speak.” 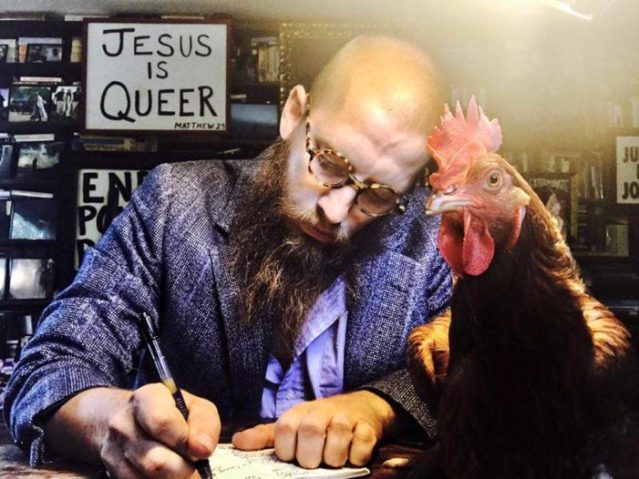