Catholic heads in the UK are issuing a robust defense of the Church’s abortion teaching after criticism of bishops’ stance from within the Catholic hierarchy.

Describing having a termination as a ‘grave decision’ the two leaders of the Catholic Church in England, Wales and Scotland attack the ‘contradiction’ in abortion laws for disabled babies and praised politicians who try to change the law.

They also lambast an ‘erosion of respect’ for those who oppose abortion, saying doctors and nurses ‘face increasing difficulty in being able to combine their dedicated professional work with their personal conviction’.

Pointing to recent cases where doctors and pharmacists feel they cannot refuse to offer abortion services, the senior bishops write: ‘So much talent is being lost to important professional areas. Personal conscience is inviolable and no-one should be forced to act against their properly formed conscience in these matters. This is something which needs greater debate in our society.’ 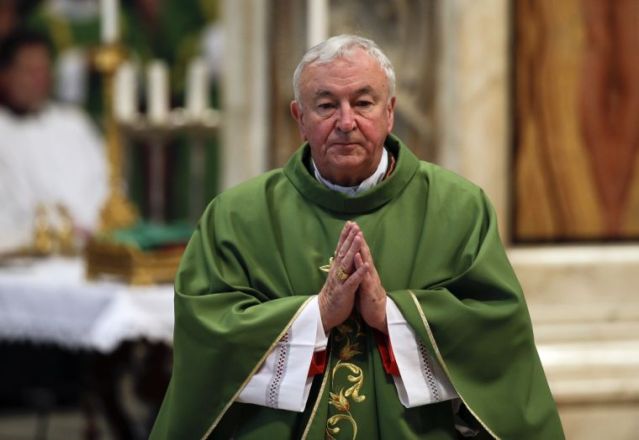 ‘Even despite the concerns raised at the time, it would, perhaps, have been difficult to predict that the number of abortions in our countries would have increased to such an alarming level,’ they write, pointing to figures suggesting nearly 200,000 pregnancies were terminated in the UK in 2015 alone.

They launch an attack on disability laws in the UK, which allow abortions to take place up until birth if the baby has a deformity but ban terminations beyond the 24th week of pregnancy for babies without a disability.

‘The witness of those who compete in the Paralympic games shines out as a way in which people with disability excel and compete, using their gifts to the full. We hope that greater reflection and consistency in the approach to unborn children with disabilities will lead to a change in understanding, with greater protection provided through new legislation,’ they write.

It comes after debate within the Catholic hierarchy after the Church’s teaching on abortion was branded impractical and figures showed most British Catholics do not hold to the bishops’ teaching with 61 per cent agreeing ‘the law should allow an abortion if the woman decides…she does not wish to have a child’.

The respected Catholic journal The Tablet published an editorial saying the Church’s strict stance means it ‘comes close to having no position at all, or at least none that has any relevance either to law-making or to the lives of real people’.

The Bishop of Shrewsbury, Mark Davies, told Christian Today: ‘Sadly there are journals which use the name “Catholic” but are not reliable guides to the faith and teaching of the Catholic Church.

‘The teaching of the Church could not be clearer in affirming that every human life must be presented and protected absolutely from the moment of conception.’

He went on: ‘No Catholic Christian could sincerely claim that this teaching is unclear or irrelevant to law-making or the moral choices made in the lives of people today.

‘It would be especially tragic in this anniversary year which marks the destruction of 8 million human lives since 1967 that anyone would seek to obscure the witness of Christian teaching to the value of every human life.’

Then in a blog post Bishop Michael Campbell of Lancaster said abortion was a ‘foundational issue’, adding: ‘Sadly, the price of admission into mainstream British life has meant that we somehow keep the Catholic brand name and tribal loyalty, but are content to live a mix of nostalgia and generic good will and “keep our heads down” in the public sphere’.

He added: ‘Some Catholics – including some periodicals and newspapers who claim to use that name – seem simply embarrassed by the abortion issue.

‘The abortion struggle gets in the way of their natural political alliances. Others don’t really agree with the Church’s teaching, or don’t accept the personhood of the unborn child. Others just want a respectable way to explain away this issue and get on with what they regard as the ‘real’ work of the Church!’

The fierce defence from Catholic bishops comes as a range of events are planned to commemorate the 50th anniversary of the Abortion Act.

The Tablet’s leader said that the Church’s teaching ‘would logically involve handing out long prison sentences not just to the doctors and nurses involved but to the women herself – and in every case, including if the termination of the pregnancy occurred the day after it started’.

Brendan Walsh, the editor of The Tablet, hit back at the criticism, saying that the bishops are ‘in a bit of a bind’.

He told Christian Today at the time: ‘The sanctity of the life of the unborn is one of the cornerstones of our beliefs as Catholics. Our leader in the issue of September 16 sympathised with the position of the Catholic MP Jacob Rees-Mogg, who personally opposes abortion in even the most difficult of circumstances, but has said he would not try to impose his views on others. It’s a position that attracted considerable hostility, but was also widely understood and respected, and could even be the start of a helpful conversation about life issues.

‘The Catholic bishops – it seems to me – are in a bit of a bind. They want to celebrate and protect every human life, from the moment of conception. But if they hold fast to the view that women should not be allowed the right to choose an abortion under any circumstances, the Catholic voice is less likely to be listened to.’