Pastor and wife FOUND GUILTY of defrauding friends and church members of $1,200,000

The Alexandria, Va., pastor told his parishioners they could benefit themselves while doing good if they invested in his Christian-based company lending small amounts of money to entrepreneurs in developing countries.

Instead, a jury in Alexandria  federal court agreed that Terry Millender and his wife Brenda Millender, who together ran Victorious Life Church, defrauded their friends and flock out of millions of dollars.

Terry Millender told investors they would make their money back with profit, all while fueling growth in developing countries. But that never happened.

At trial, the pastor argued that he was guilty only of financial mismanagement, not fraud.

He said he acted “stupidly, not criminally — not from my heart.”

He blamed the failure of his companies on the 2008 financial collapse and a banking crisis in Ukraine, among other events he said were unforeseeable.

Prosecutors said the couple had no experience in micro-lending and did not tell investors they planned to generate profit though risky currency trading. Their friends’ money was used to lure in new investors, according to court documents, and to make payments on a $1.75 million home in Springfield, Va.

After $1.4 million in micro-lending money was squandered and the company failed, the couple started another firm focused on the Nigerian oil industry. Investors in the micro-lending business were told that through the new venture they would be repaid. That company too collapsed, and their investors lost over $600,000. Again, prosecutors said much of the money went to pay the couple’s personal expenses, including golf games and rent.

Grenetta Wells, who was chief operating officer of the micro-lending company, pleaded guilty to wire fraud conspiracy and testified against the Millenders.

“I’m pleased that the jury’s verdict at least acknowledges a vast difference between Mr. and Mrs. Millender’s respective involvement,” Brenda Millender’s lawyer, Lana Manitta, said. “However, our position is and will remain that Brenda Millender wasn’t involved at any level that triggers criminal culpability.”

A lawyer for Terry Millender did not immediately return a request for comment.

Terry Millender argued on the stand that if he and his wife were really stealing from their investors, they would not have been evicted from their Springfield home or declared bankruptcy in 2010. Millender contended he had hoped to “make a difference in the lives of people” in Africa and South America and to see his friends rewarded by God for helping. The pastor told jurors he could have made plenty of money, having run a successful restaurant recommendation business, but he was called to lead a church and a Christian-focused investment firm. To truly make a difference, he said, he needed to not just give what he could to charity but make enough money to give significantly.

“You can’t do good and be poor at the same time,” he testified. “You can’t help the poor and be poor, it makes no sense.”

The Millenders, who were convicted Monday, both face up to 20 years in prison when they are sentenced in March. 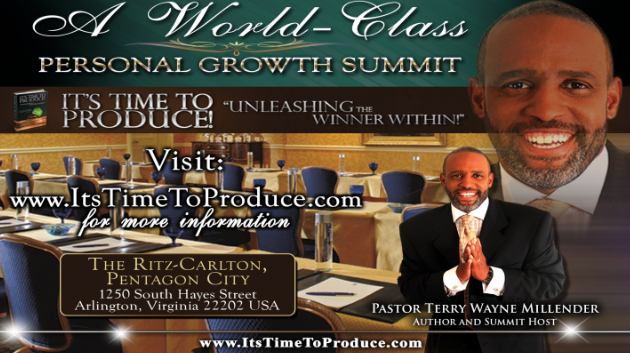