“Their annual report demonstrates that Planned Parenthood is not a healthcare organization but a political movement, intent on forcing their pro-abortion views on as many Americans as possible.” -Abby Johnson 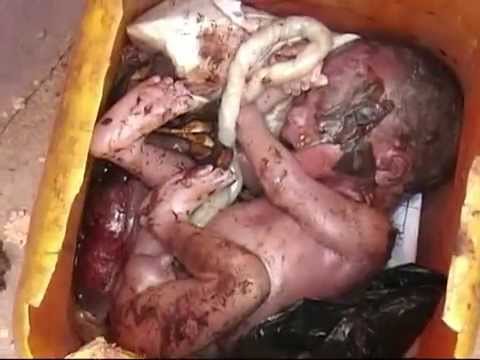 This is a slight decrease from its last annual report, which revealed the company committed 328,348 in 2015-2016. Planned Parenthood’s total revenue is $1.46 billion, with $543.7 million—37 percent—of that coming from taxpayers.

Many of the contraceptives Planned Parenthood dispenses can also act as abortifacients.

“In addition to the reduction in abortions, Planned Parenthood also reported a slight lessening in its government funding (from $554.6 million to $543.7 million),” said Sedlak. “Planned Parenthood also reported lower numbers of female birth control customers, emergency contraceptive kits, PAP tests, and pregnancy tests. In fact, it reported that its total number of unique customers was the same as last year—2.4 million individuals.”

By attracting 721,000 new donors giving an average of $120 each, the abortion company added $86.5 to its coffers, according to the report.

“Our initial analysis is that Planned Parenthood spent the last year reducing medical activity and increasing its community and political organizing,” ALL observed. The group says it will release a detailed analysis of Planned Parenthood’s latest report in the coming days.

Planned Parenthood provided just 3,889 adoption referrals (exactly 1,000 more from the number it put on its last report) and 7,762 “prenatal services” from 2016-2017. That’s one adoption referral for every 83 abortions and prenatal care for one woman for every 239 abortions.

Planned Parenthood touted its support from the technology, entertainment, and fashion industries as successes. It boasted of a leading a “two-day interfaith convention with more than 40 clergy and faith leaders who support access to reproductive health care.”

“Their annual report demonstrates that Planned Parenthood is not a healthcare organization but a political movement, intent on forcing their pro-abortion views on as many Americans as possible,” said Johnson, who now runs a ministry that helps abortion workers leave the industry.

“We’ve seen first-hand the impact that former abortion workers, especially those from Planned Parenthood, have on closing their former places of employment by helping people to leave – ensuring no one is left to run the clinics,” she said.

Despite not performing mammograms last year or having any mammogram machines, Planned Parenthood reported that it did 336,614 breast exams – the type of breast checks which women are able to do on their own.

The abortion giant’s report frames itself to supporters as a leader in the “resistance” against the Trump administration and “an increasingly hostile political climate.”

SFLA “now has more than 1,200 student groups on campuses in all 50 states,” said Hawkins. “Planned Parenthood reports training 750 young activists from 11 cities while Students for Life trained nearly 11,000 students from across the country. The pro-life generation clearly has more energy, passion, and motivation to defund Planned Parenthood.”

“It is vital that Planned Parenthood be defunded and student lives protected from a predatory and profit-driven enterprise,” said Hawkins. “But there is a silver lining in this release, as we can see that more students are responding to the human rights interests of the preborn than to the business interests of Planned Parenthood.”