Who Is “Prophet” Passion Java ?

Meet False Prophet/Magician Passion Java who is one of Zimbabwe‘s popular prophets who claimed fame by using black magic/ ju ju to perform “miracles”. Passion Java was born on 28 October 1988. He married Lily Tsegaye  in February 2016 (who now calls herself “prophetess” since her marriage to Passion) and was formerly married to “prophetess” Yasmin with whom he had a son named Uebert Java named after Passion Java’s “spiritual father”  Uebert Angel[1]. 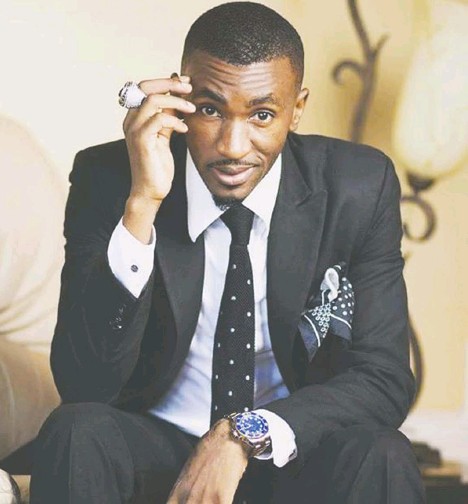 He divorced his first wife Yasmin in late 2015 and his immediate marriage to his current wife Lilly caused lots of controversy in his country of Zimbabwe, with rumors circulating that he and Lilly were having extramarital affairs which caused the marital turbulence between him and his former wife, there were also speculations of an opportunity to live in the United States by dumping his ex-wife and marrying his current wife. There were also allegations of domestic abuse in where one church member made an eyewitness statement of Java striking his former wife in the face after a church service. He is the founder of Passion Java Ministries,   that was originally established together with his former wife Yasmin, but was renamed to “Java Ministries” just before the finalization of his divorce. Magician Passion has also been described as a prosperity preacher roping him into the league comprising of others like him such as Emmanuel Makandiwa and Uebert Angel,  and Shepherd Bushiri who are also practitioners of  dark magic.

Magician/prophet Passion Java has introduced African Ju-Ju and Indian magic to the members of  Bishop Noel Jones’ church in California, under the guise of “the prophetic.” Most Americans know very little if anything at all about African dark magic, ju-ju, or Indian magic to be able to recognize it when they see it.  Passion Java refers to bishop Noel Jones as his new “spiritual father” after having a fall out with his previous “spiritual father” Uebert Angel, Bishop Noel’s congregation HAS NO IDEA that they are being entertained BY DEMONS!  This clown is online PRETENDING TO BE A REAL PROPHET by TALKING AGAINST FALSE PROPHETS! Java has been in the news not only for his magic, but his flamboyant lifestyle which has led many in his own country to question the source of his wealth as well as fuel speculation about his credibility as a bona fide prophet. He was alleged to have spent over $500,000 in one shopping spree where he bought two Range Rovers and a Jaguar. The vehicles procured by Java were said to be for his senior pastors who also accompanied him on the shopping spree. Americans are cautioned to be mindful entertaining and embracing African magic practitioners! Many are also occultists who go to great lengths to hide the secrets of their great wealth and fame. Java and the few in his circle reached fame seemingly overnight! The use of occultism and dark magic to acquire fame and money may seem strange in the United States, but it’s not strange in Africa! In fact, Passion was questioned in his own country regarding the real source of his “power,” of course he denied it being from dark magic- who then would follow him?  Americans Beware! African Magic is nothing to play with, receiving money and gifts from him could be a vital mistake as well as allowing him to “lay hands” on you or put oil on your body! For ANY PASTOR to invite this man to his/her church would be putting their flock in harms way!  I would caution anyone to STAY AWAY from his “prophetic class,” his anointing oil and everything else, unless you enjoy being entertained by demons. If you go to this monster with one problem, your problems will INCREASE shortly thereafter because he employs DEMONS to work for him. Americans should learn very quickly about spiritual wickedness so that you can recognize it when you see it! This man is a charlatan! A wolf in sheep’s clothing! He is a real con artist who is only interested in YOUR MONEY and YOU, KEEPING HIM FAMOUS!

Passion Java in Bishop Noel Jones’ church using MAGIC to make the people fall- but they think it’s “the anointing”!