Three more former altar boys have claimed they were sexually abused by two priests in the Vatican, as the child abuse scandal that has rocked the Catholic church zeroed in for a second time on its headquarters.

The allegations of abuse in the Vatican’s youth seminary, to be set out in an Italian TV show on Sunday, date back to the 1980s and 1990s when the boys were aged between 10 and 14.

The accusations come two months after the Vatican said it would seek to indict Fr Gabriele Martinelli (28) for allegedly abusing several altar boys in 2012 when he trained at the St Pius X youth seminary. That move was prompted by the Italian show Le Iene’s first investigation into the school in 2017.

The Vatican said in September that an indictment was also being sought against a former director at the youth seminary, Fr Enrico Radice, who was accused of aiding and abetting the alleged crimes.

The Catholic church has faced thousands of child sexual abuse allegations from around the world but Le Iene’s investigation in 2017 was the first time claims of pedophilia within the Vatican’s walls were exposed.

“We decided to keep digging as we had the feeling that the previous cases were not isolated,” said Gaetano Pecoraro, one of the two authors of the investigation. “There were more victims and more priests involved in sexual abuse within the Vatican.”

In the latest investigation, three former altar boys who served at papal masses claimed they were sexual abused by two priests, one a teacher.

One of the victims alleges that one of the priests, who was managing the school’s communal showers, tried to remove his bathrobe. “He wanted to undress me,” the victim alleges. “I tried to wriggle away. I was 13 years old. I fell to the ground and asked him ‘what are you doing?’ I then got up and ran away.” 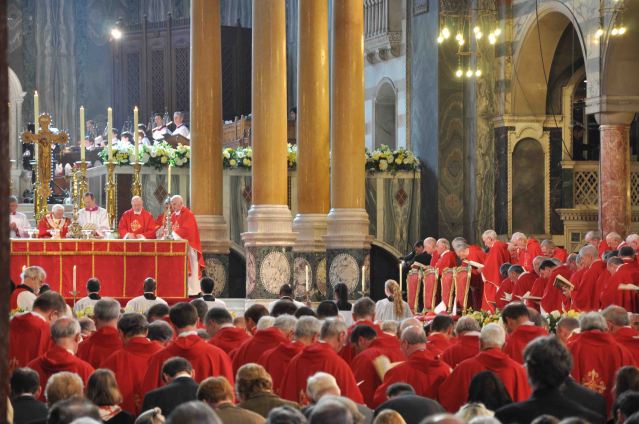 All three boarded at the youth seminary. The second victim alleges he was abused at the Casa Santa Marta, where many priests stay, by a priest at the youth seminary when he was 10 or 11 years old. “He asked me to go upstairs to his room, made me sit on his legs, began to stroke my thigh and then put a hand on my private parts,” he told Le Iene. The priest allegedly persisted with the abuse and after the boy refused the advances he stopped.

The victims, now aged between 37 and 40, came together a few years ago to share their stories. The third victim made similar allegations but chose not to go into detail for the programme. The three claimed that a fourth former altar boy suffered worse sexual abuse than they did, but when he was contacted by Le Iene he refused to talk.

The allegations were corroborated by several people who claimed to have witnessed some of the abuse.

Le Iene managed to trace one of the accused priests. The man, whose face is blurred in the programme, appears to be frightened by the journalists’ visit. After he hears the accusations made against him in the audio interviews, he responds: “No, it’s not possible. I can’t remember ? I’m not saying they’re lying, I’m saying they have misunderstood.” 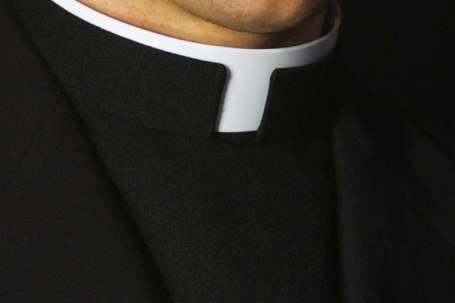 The Vatican said in a statement that if new elements emerged during the judicial proceedings it had begun in the Martinelli case “involving further offences by the accused or by others, the judicial authorities of the state of the Vatican City will proceed with the opening of a new file of documents and, following preliminary investigation, with a new request for a trial.”

The fresh allegations come months after Catholic leaders gathered for an unprecedented summit at the Vatican to tackle widespread paedophilia within the church. At the close of the summit in February, Pope Francis promised the church would “spare no effort” in bringing abusers to justice and would not cover up or underestimate abuse.

(Originally written in The Irish Times)